In 2014 a wind sensor was installed and measured the winespeed for almost month.

According to Betz Law, the rotor coefficient is always less than

For a real fast-running wind turbine the rotor coefficient is

Assuming the generator and power converter have a combined efficiency of

then, the maximum electrical energy that can be harvested is:

To find out how much energy one could harvest you have to measure the wind over a long time frame. The windsensor was positioned near the house, which isn’t a good place !

Place it in the open field to get better results! 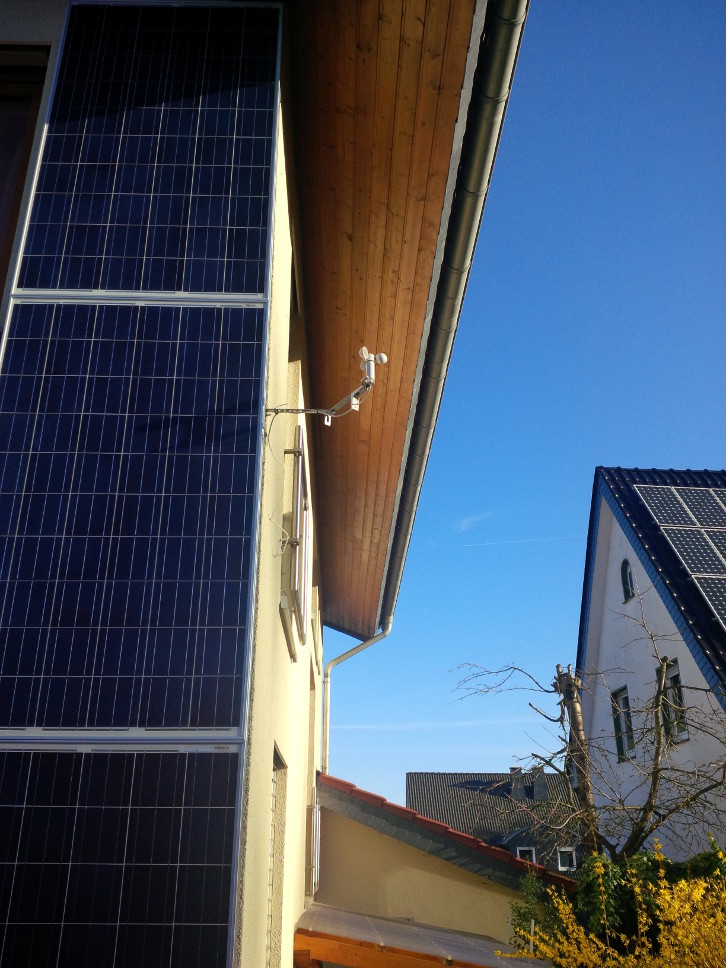 Half of the time there was zero wind (not shown in the chart).

Converting the windspeed and occurence to kW/h, assuming 1qm of rotor area at 25°C.

As you can see the most energy can be harvested between 2 m/s and 13 m/s windspeed. From the above chart you see that 13 m/s is very unlikely and a significant amount of energy is produced in a very short time.

Over the whole measuring period, with one square meter of rotor area, the rotor would have seen a total wind power of

Due to betz law and the losses in the generator and inverter the electrical power produced in one year would be:

The inverter needs to power itself from wind turbine. To use common technology, that is available on the market, the generator would have a maximum voltage of 240Vac.

We could use an ATX power supply, with secondary side power regulation, to power 12V battery/lamps. It would measure the windspeed and regulate the load on the 12V rail.

Thoose ATX power supplies usually operates from 80Vac to 240Vac. As windspeed, rotor RPMs and voltage on the generator are linear coupled, the inverter operating region sets also the limits for the windspeed.

As we cannot use the power of windspeed below 3m/s and beyond 12m/s, a new coefficient is introduced. The operating region coefficient is about 80% of the total power seen in the histogram.

With the new coefficient the estimated electrical power in one year would be:

The energy is produced only on one day a week. The spot close to the house isn’t good to install a wind turbine.